At Monsanto, we have adopted Kamon for monitoring our microservices implemented in Scala with Spray. Kamon provides an integration that will automatically instrument our services to generate traces for each incoming request. This is great, but we wanted more. Some of the things we wanted to improve included:

To accomplish this, we have created and open sourced the spray-kamon-metrics library. This library contains two independent pieces of functionality:

For the rest of the post, we will explore in greater detail what the library does and how it works. Finally, we will wrap up by presenting some ideas for future development. If you like, you can visit the project’s page on GitHub for more details about how to integrate the library into your application.

The TracingHttpService fulfils the first two of our goals:

Kamon’s Spray integration is immensely useful. However, we felt like the default behaviour makes it difficult to really understand the application that is being measured. In particular:

While we could have resolved these issues to some extent by providing a name generator, the core problem was that, even with more meaningful names, there is no way to add tags to a trace that has already been established. As a result, the dimensionality of the metrics that are produced are restricted to trace name and response status code. We want more, including:

At first we considered modifying the kamon-spray library, but it works by using AspectJ. That’s great because it means we can use it without making any changes to our application. Unfortunately, it also means that in order to be able to use it, you need to have knowledge of both AspectJ and a very deep understanding of the code you are trying to instrument (in this case, Spray routing). We had neither, so we opted to try something else. However, in the long run, moving spray-kamon-metrics’ functionality into kamon-spray seems like a good idea.

Next, we looked to see if we could just create a new directive that captures the information we wanted. Thus, we could theoretically just do something like:

This works most of the time, but if the request results in an error or a rejection, it fails. The reason for this is that in the case of rejections and errors not handled explicitly by the route, the route does not produce the resulting HttpResponse. As shown in figure 1, when you use runRoute, it seals your route with implicitly given rejection and exception handlers. It is these handlers that actually generate the HttpResponse object that is sent to the client.

While it is possible to provide custom handlers, it becomes very difficult to manage state (in particular, start time) across all of these different places. We could make the directive itself provide rejection and exception handling, but that departs from the norm and also does not solve the problem with managing state.

In the end, what we decided to do is to replace HttpService with TracingHttpService, which is largely identical to HttpService, the biggest difference being in how it seals routes:

As we can see, HttpService.sealRoute is simply a higher order function that wraps a route with exception and rejection handlers. In the case of TracingHttpService, sealRoute just adds another wrap to the mix. It still wraps the route with the handlers, but it adds its own wrapper around that. Before the internally sealed route runs, it records the start time and starts building a set of tags. Once the internal route completes, it records the timing to a Kamon histogram.

Because we include these various tags, the metrics we collect are now much richer. It is now possible to filter and analyse the metrics based on the tags, allowing us to answer questions such as ‘which types of request (method/path) are resulting in errors?’ and ‘What is the average response time for a particular type of request?’.

Additionally, creating our own version of HttpService allowed us to tackle the next issue we had: How do we know when a request times out?

Detecting requests that time out

Due to the asynchronous nature of the Spray server, the way it handles request timeouts may be surprising to newcomers.

Figure 2 presents an overview of how Spray works (in particular, the timeout route itself can time out, resulting in an invocation of a last ditch timed out timeout route). In particular there are couple of things to note:

As a result of this, the instrumentation built into kamon-spray is completely blind to the timeout mechanism. It will record a requested that timed out as if it completed normally, and it will not generate a trace. In fact, that is a reason for EmptyTraceContext present while closing the trace with token showing up in your logs.

We want to measure both cases:

To help us account for timeouts, we modify our sealRoute implementation:

A couple of notes about this method:

With this code in place, now our TracingHttpService implementation will now measure:

This data gives us a much better picture of what clients are experiencing and helps us identify problematic routes within our services. Now, we just want to know a little more about the metrics the Spray can server itself is collecting.

Getting Spray can server metrics with KamonHttp

The Spray can server automatically collects some statistic about its operation and provides a method for retrieving them. Hooking up these metrics to Kamon essentially requires two steps:

This is not difficult to do, but neither is it a one-liner that can be trivially done. Arguably, the trickiest bit is setting up the job that will monitor the server. To review, you set up a new server by sending an Http.Bind message the Spray can’s Http Akka I/O extension.

The solution we settled on was to create a new Akka I/O extension that proxies the Spray extension, which sounds much more complex than it actually is. To do this, there is a little bit of boilerplate to ensure that Akka will find the extension, but, beyond that, an Akka extension is just an actor. For KamonHttp, this actor is called SprayProxy, a slightly simplified version of which is listed below:

This class instantiates an instance of Spray’s extension and stores it in ioActor. From that point forward, this actor does one of two things:

Next, let us review what this Spray monitor does. This actor is slightly more complex. It exists in one of two states:

These two states exist as methods on the actor, each of which returns a Receive. Let’s take a look at binding first.

In this state, we have handle two possible messages: Http.Bound and Http.CommandFailed. These indicate whether Spray succeeded in binding a new server. In both cases, we forward the message to the original sender of the Http.Bind message, rendering our proxy effectively invisible. In the case were the bind fails, we simply shut down. In the case where the bind succeeded, we become into the bound state, which we will examine next.

When we become bound, a few things take place:

All in all, this code is relatively straightforward. However, we are not quite done, yet. Updating the Kamon entity’s metrics was not as straightforward as we initially thought.

Reporting the statistics to Kamon

It might seem like having dealt with all of the Akka bits, we would be out of the woods. However, it turned out that what Spray is reporting is not entirely in line with how Kamon’s instruments behave. Spray reports the following statistics:

Most of these fit nicely into one of Kamon’s instrument types:

So how, did we deal with this? Well, for the most part, we just defined our own entity recorder. However, it does contains a couple of twists worth sharing:

We keep a copy of the most recent statistics, starting with a value of all zeroes. Next, for the metrics that map nicely to Kamon’s instruments, we do that.

When it is time for Kamon to collect the values for our entity, that is were things get a little tricky. We need to do a combination of both the default behaviour for the Kamon-friendly statistics along with some custom behaviour for those that are not. Luckily this was not too difficult:

Last, we just need to be sure to deal with the updates:

The implementation here should not come as a surprise.

And that is how we take the statistics from Spray to report them from a custom Kamon entity recorder.

We are generally pretty happy with our work in spray-kamon-metrics, but that is not to say there is not room for improvement. A few of ideas come to mind:

Can you think of anything else you like the library to do? 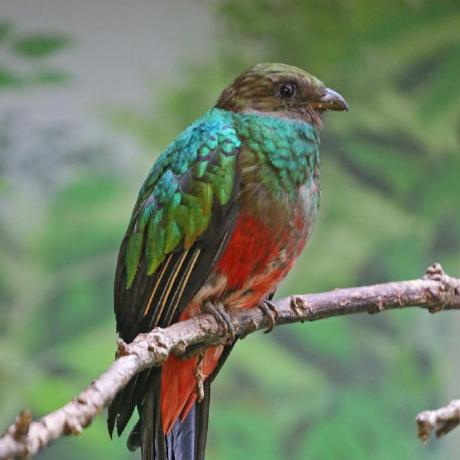